National Park "Lake Pleshcheyevo" (in Russian: Nacional'nyj park "Pleshcheevo ozero") is located 130 km to north-east from Moscow in the Yaroslavl Oblast, on the route of the Golden Ring of Russia. The unique Lake Pleshcheyevo and it"s surroundings together with the ancient city of Pereslavl-Zalessky (one of the formation centers for the Russian state) are the essential natural-historic territory of the federal importance and the part of the native and social heritage of Russia. 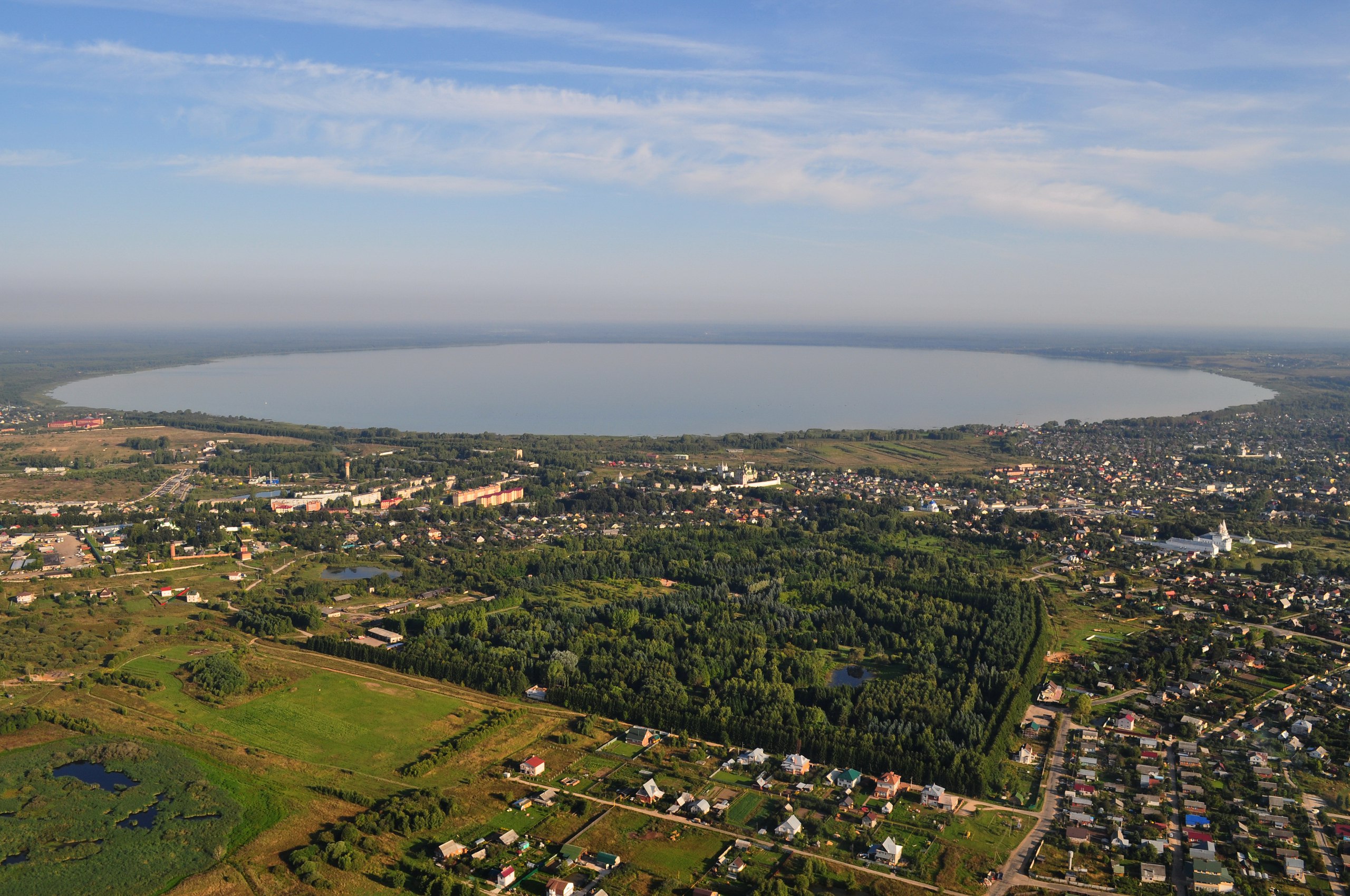 National Park "Lake Pleshcheyevo" was created to fulfill the mission of recovery the stand alone natural-historic unit in the area of Pereslavl-Zalessky and the pearl of the Upper Volga: Pleshcheyevo Lake with an endemic population of the Pereslavl vendace or "freshwater herring". The National Park was formed in 1988 by the RSFSR Council of Ministers by the Act #400 from 26/09/1988: it was named the Natural-historic Natural Park of Pereslavl and given under the jurisdiction of the Yaroslavl Oblast Administration and acted like its structural unit. The Act #777 of the Russian Federation government from 17/07/1998 renamed the Natural-historic Natural Park of Pereslavl to the National Park "Lake Pleshcheyevo" and gave it the status of specially protected natural reservation. Since 2000, the park was under the supervision of the Department of Environmental Resources of the Russian Federation. At the moment, it"s under the jurisdiction of Ministry of Natural Resources and Ecology of the Russian Federation. National Park "Lake Pleshcheyevo" is nature-oriented, ecology-educational and research institute with its territory including natural sites and objects that have special ecological, historical and amenity value; the sites and objects that are intended for usage in different purposes: nature protection, educational, scientific, cultural, recreational and providing the controlled tourism. The overall area of the place counts for 24.149,11 hectares including water resources of the Pleshcheyevo lakescape (5.098 hectares). The size of the forest area is 16.614 hectares, the overall property of other land-users with in-household exploitation is 2.047 hectares and dendrological garden by S. F. Kharitonov " counting for 58 hectares. The resolution #551 of the Yaroslavl Oblast Governor from 14/08/2002 was aimed to save and recover the unique natural, historical and cultural units: creating the preservation of the National Park "Lake Pleshcheyevo" and establishing the Policy Statement about the preservation. Nowadays it amounts for 58.400 hectares. The preservation area of the National Park includes all the lake drainage basin of Lake Pleshcheyevo lake and Swamp Berendeevo, the swamp complex of Polovets-Kupansky and the city of Pereslavl-Zalessky. Lake Pleshcheyevo is an ecological pivot for the National Park, one of the most vivid basins in Central Russia that knows no equals in European parts of Russia counting the geomorphic, hydrologic, hydrochemical and other exponents. The modern flora of the Lake Pleshcheyevo basin is represented by 790 different species including 84 that are extremely rare and require special concern, 7 of them included in the Red Deta Book and 19 of them on the local list of rare and endangered species in the European parts of Russia. The fauna of the area is rather rich as well. The park is inhabited by 300 species of vertebrate animals including 60 species of mammals, nearly 200 birds species, 10 species of reptiles and amphibians. And there"s also a unique complex of butterflies. The overall number of the National Park inhabitants included in the Red Data Book in the ex-USSR and RSFSR amounts for 10 species of insects, 2 species of fish, 14 birds species and 3 mammals species. The special place in the National Park activity is given to the manmade corner " dendrological garden by S. F. Kharitonov, which was registered in the International Index of Botanical Gardens of the Charles University (Prague). The unique collection of tree and shrubbery vegetation of the garden is represented by more than 600 species of plants introduced from the different continents.
Руководитель тушения лесных пожаров
Фёдоров А. Ю.
8 (48535) 3-08-44
Сообщить о возгораниях, чрезвычайных ситуациях, местах несанкционированного размещения отходов и иных нарушениях:
8 (48535) 3-08-44,
8 (969) 640-63-00
Заместитель директора по охране территории
Никитин Н. В.
8 (48535) 3-08-44,
8 (980) 707-89-30
Заместитель директора по туризму и экологическому просвещению
Чупрасова О. А.
8 (48535) 3-08-44, 3-28-07